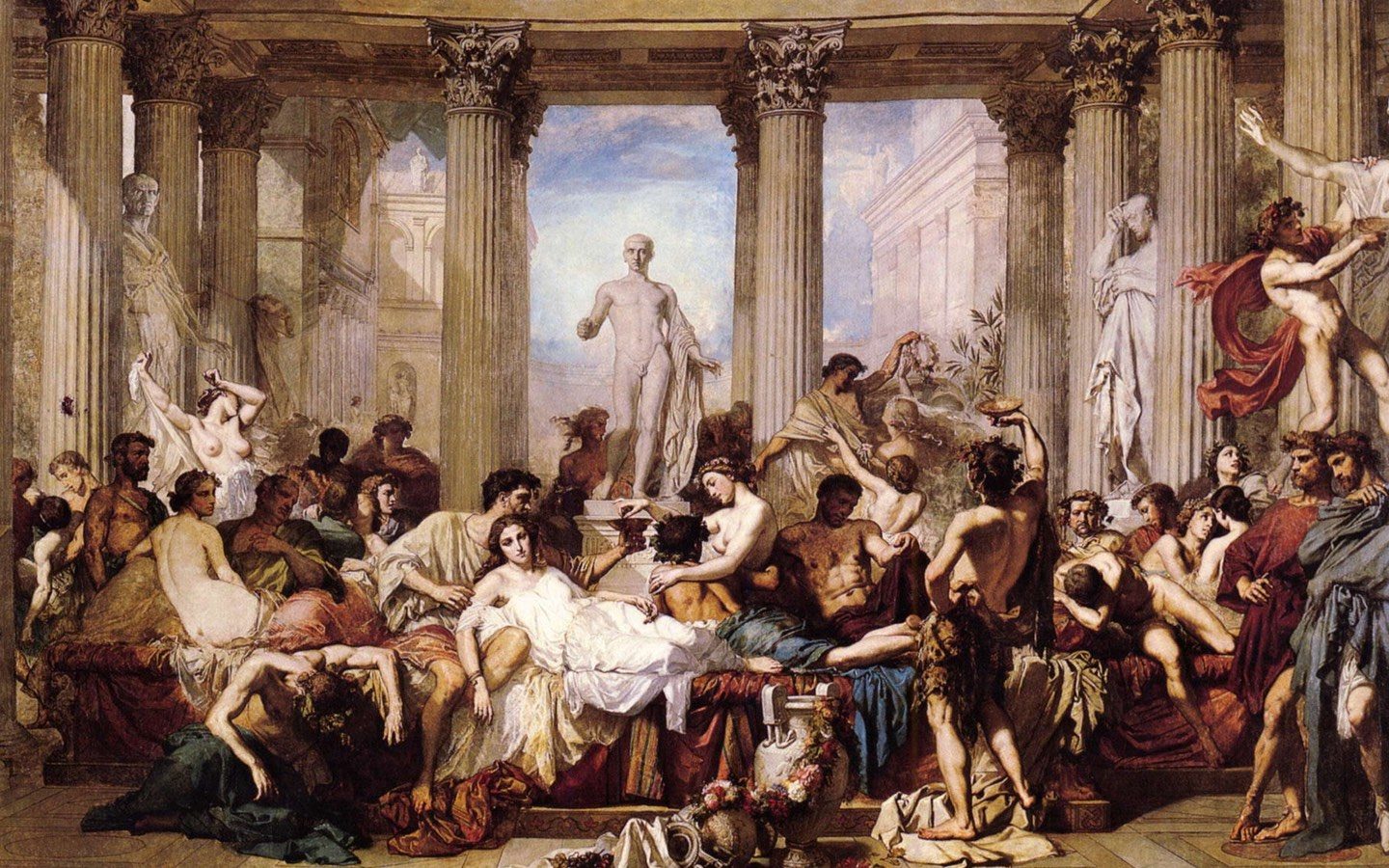 In this post, I thought I’d share my perspective about the topic of polyamory VS monogamy, which has been in my mind from quite some time, and while I do not pretend to have anything that would constitute an answer in itself, I’m nonetheless inclined to think that my own words can be of use to the modern thinker.

I will not be using any “studies” nor I wanted to write excessively on the topic. Many on both sides already did the job.  Rather, I just wanted to write about this topic that has been in my mind in a light & concise manner.

Polyamory has been the hot topic for conscious communities and the like for quite some time now. In these communities, the individual experience is at the center, where said individual has inherent needs to develop a full-fledged sense of self that is not dependent on someone else, on some institutions, or some ideology. Whether or not such an individual realized this ideal is a question that I will not try to answer to in this post (probably another time).

Moved by this dynamic of detachment, this post-modern individual is mostly characterized by: a developed sense of self-awareness, a keen interest on ethical values such as fairness, compassion, a rejection of capitalistic values (using products of capitalism, such as social networks, for their diatribes), and unconditional Love towards Life. Most importantly, such individuals are strongly guided by a need to be detached from dominant societal narratives.

This includes life choices as they relate to career, the role of money in society, and how these choices relate to relationships.

Lately, I have been hearing a lot of seemingly strong propositions suggesting that polyamory makes more sense that monogamy. In such discourse, I could hear things like “Monogamy is not natural”, “Polyamory is the answer to the Myth of the One”, or “Desires should not be restrained, and monogamy is an impediment to these desires”.

There are a couple of things I would like to deepen.

About the polyamory being more natural that monogamy. This axiom uses the good ol’ theoretical dichotomy in modern anthropology: are Nature and Culture two entities that function separately from one another, or are they a continuous biotic relationship with each other?

Monogamy is both natural and both unnatural. It is a social construct as much as it is a deep pattern ingrained in sub-structures of the brain for many species.

Polyamory is both natural and unnatural in the same vein. Some primates display strong affinity for pair-bonding, while other groups of primates exhibit characteristics of non-monogamous behaviors.

Some primates display both.

Therefore, the dichotomy presented here appears to me as false one. The foundation for this axiom seems to be a scientific ground more than anything else. I rarely encountered a non-scientific basis supporting the Nature versus Culture argument, this is why I used the same basis for my answer.

If we push a little further, and do accept this dichotomy, the presupposition means that social constructs are not as good and functional as natural behaviors. In itself, that does not make a lot of sense. It seems to me that it’s quite impossible to navigate purely in the domain of Nature and fully be detached from any socially-determined behaviors. Language in itself constitutes the ultimate counter-argument to that. Navigating polyamorous relationships requires a fair share of communication, itself embedding the necessary social behaviors and set of hared axioms, which are all nothing but unnatural.

About the Myth of the One. The Myth of the One is often used to explain that monogamy can be more conducive to co-dependent relationship, where there’s an onus for the one partner to provide for all the needs. This includes the need for intimacy, connection, affection and support, at a constant rate. This myth, according to the proponent, has been mostly created by the media industry, which often portrays glamorous relationships, and strongly suggest that there is only one person to fulfill all the needs.

I have a couple of things to say to that. First, social behaviors as they relate to oneself in society are not strictly tied to one single ideology, even less fully determined and dictated by one ideology. Individuals are complex creatures, that can be seen as the accretion of a particular set of belief systems in a particular time-space complex. Confirmation bias being the overarching object, the articulation of individuals’ development is much more chaotic that it seems. The Myth of the One, from a meta-perspective, appears to me as confirmation bias in itself more than an ultimate, detached, and transcendent reality that applies to all of us. Individuals who experience challenging monogamous relationships are more likely to resonate with that theme, and its counter-proposition, which is, a relationship structure that differs. I have read countless of posts from people sharing their experience, explaining in great depth why the relationship didn’t work. Attention to details and retro-reflectivity both constituted the ground for a need for something else.

I also, on the other side, read people with years of experience in polyamory, who ended up reverting to monogamy. The recurrent argument was “It was too complicated”. Thus, people who experience challenging polyamorous relationships are more likely to resonate with monogamy. “To each their own” ends up to be the epistemological scapegoat, that only stretches insofar as lack of understanding that phenomenology prevails. This sharpshooter fallacy shows that we just end up adhering to cohesive constructs in which our actions are validated, dismissing the elements that would disprove our position.

Moreover, there are different angles to read these artistic creations that seem to epitomize monogamy. A theologian would see something that comes close to religious realization, the union with the one being a pervasive theme. A psychologist would see something different, etc.

The reading of The Myth of the One in popular movies constitutes the approach used to reinforce the idea that this is the message society shows us. I would be inclined to say “This is the message one chooses to see”. However, I am not denying that movies or books that support that theme do not in essence represent our society. Our society is, after all, based on monogamy. But this, in itself, cannot and does not constitute a strong-enough argument to justify that polyamory makes more sense in my eyes. I would add that I often hear that The Myth of the One shows why monogamous relationships are doomed to fail, and how polyamory constitutes a better alternative. This dismisses how monogamy could be practiced: Don’t throw the baby out with the bathwater!

If we dive deeper, monogamy is not new. I suspect that a romanticized idea on traditional societies and older civilizations fuels such an idea. As far as I can tell, monogamy dominated human cultures for at least 60 000 years. This does mean that they were not polyamorous societies (and variants) or that polyamorous behaviors were not seen back then. This does not mean that orgies and multiple-partners relationships didn’t exist either. Yet, one cannot build a case from an historical angle (this is the same kind of argument about our ancestor’s diets being better, that falls short when one studies human and nutrition).

Polyamory doesn’t eliminate destructive patterns. Individuals can find themselves in multiple co-dependent relationships at the same time. In that, it becomes a magnifying glass that amplifies toxic patterns.

About monogamy and desires. I often hear that monogamy is a restraint to desires. That is the most sensible argument I think. Agreement of monogamy is agreement of commitment that expression of desires outside the relationships are not permitted. Thus, one could feel trapped and unable to express the gamut of desires and romantic attraction to someone else. I agree with this proposition, and believe that this is the case. For the sake of offering a counter-argument, I noticed that many of my friends who have been practicing polyamory, or did practice, averaged on 2 to 3 partners. Does that mean that desires only stretch so far?

No, I believe that commitment to these partners offered enough satisfaction to fulfil these desires. I suggest then, more than actual desires, the fantasy of desiring multiple partners and experiencing unabashed follies was stronger than the realization of desire itself. Needless to say, that many people in monogamous relationships are satisfied. However, I do see how polyamorous configurations can enrich one’s romantic life.

I am deeply convinced that in this age of independence, individuals have a yearning in finding something that resonates with their ethos. For this individual realization to be fully supported (Jung’s process of individuation), it only makes sense to see how much colliding belief systems need to be questioned at their core, and how much, more than ever, there is an attempt to deconstruct dominant ideologies.

After all, more than criticizing relationships structures, the prospect highlights a deeper need, that is, to come to a deeper understanding of patterns in societies and behaviors. People challenging the status quo often find themselves in a place where they feel compelled to find functioning narratives, even if that proves challenging. This sunk cost fallacy is a blessing in itself. It provides the courage to stand against ideas accepted by the majority. Should we have been evolved in polyamorous societies, individuals would have been attracted to find alternatives to that.

In reality, Culture shapes the individual to such a profound degree, that it appears to me that the project of being free from such an enterprise is doomed to fail. However, with enough awareness, one can find meaningful-enough answers for their life and how they want to live.