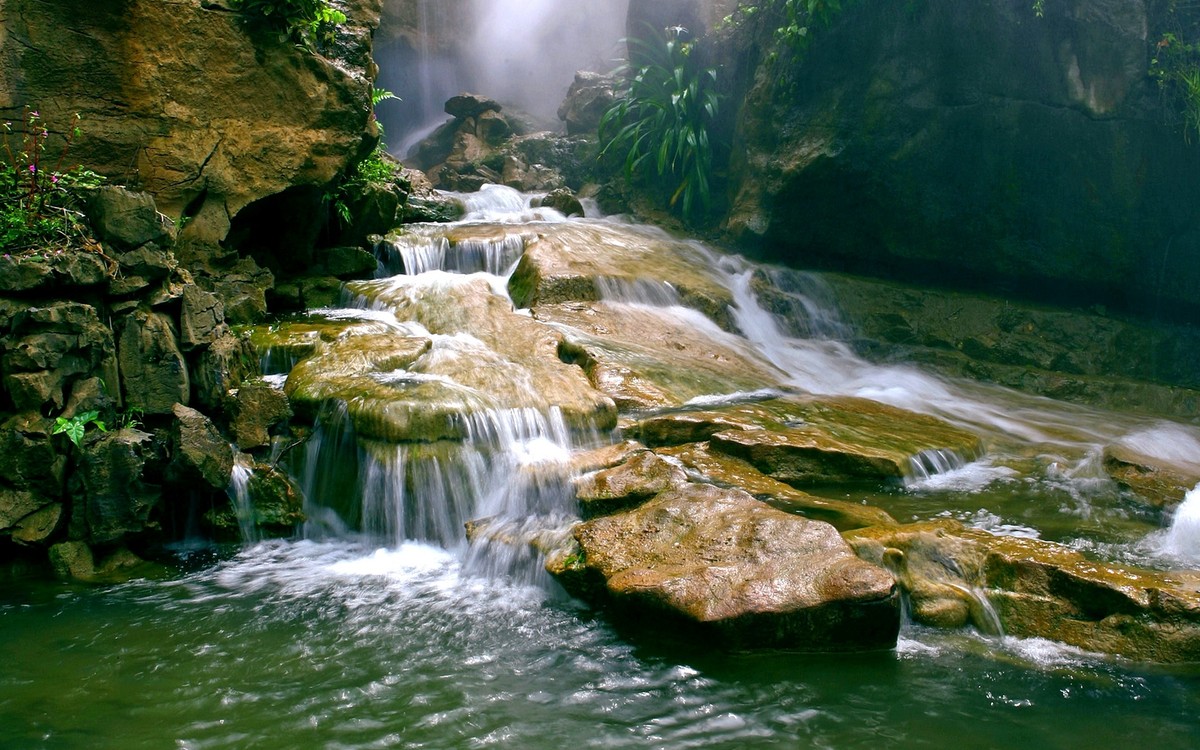 Relationships present in many ways the characteristics of cascades.

They slowly let their nature and textures unfold along various paths, through different shapes and colors.  Sounds are timorous and impacts are gentle, yet they announce an oncoming expression, fully completed in the space of momentums that are taking place.

There is throughout this ever-changing archetype the existence of different means of expression, containing various metaphors at their centers. For this expression to unravel, the relationship itself must be presented as it is discussed and thought through, but also fully considered for what it is, what it looks like, and what its characteristics entail.

There doesn’t seem to be a ready-made way to tackle a relationship – and not any set of ideas can present it in an adequate way. Due to their plural nature, not only do relationships demand a great deal of attention, they also require constant monitoring, as chrysanthemums in autumn. To be improved, relationships demand reflective self-honesty, integrity, and the will to fully exist by them, through them, and for them.

Cascades aren’t only perceived as shimmering beauty and sparkling waters, some may perceive them as noisy, fast, and intrusive because of how they advance, how they impose themselves within the natural space that welcomes them. But, If they end up perfectly fitting within this space, doesn’t that make them the perfect fit?

These perceptions sometimes lead to the acknowledgement of characteristics in our relationship that may not seem to be the perfect match for us. I wonder “Does that make it unwelcome, limited… or even not useful to me?”

The ones looking for the refinement of their own limitations become Magellans of these thought processes: relationships become as complex as they are subtle. We then say to ourselves: “I cannot grasp my relationship’s mysterious nature.” But is it possible for a relationship to exist as a perfect, quasi-transcended state, ready to be picked up and used? I don’t think so.

We can, however, establish for ourselves a ground of common rules through dialogue between both parties involved in the relationship. Even if this doesn’t bring truth, it will at least give birth to a truthful system. Using this medium for what it is, through its strength and failures, turns expectations into liberating processes, fears to trust, and mechanisms of control to grace.

Does this mean it is possible to permanently maintain genuine understanding between both parties and a relationship that constantly “works?”

This set of common rules along with honesty and willpower will, however, serve as the basis for evolving rules and decisions as both parties evolve and adjust as the relationship continues.

The expectations I had changed, my thinking process adapted, and my desires now burn from another charcoal. While this doesn’t necessarily require for this relationship to disappear, umbilical cords must be cut, and necessities speak for themselves. Evolution over drastic decisions and adaptation over reactions; these are pillars we can use to re-build or re-shape the container for this cascade.

Perhaps considering these implications requires us to think outside the box- to consider on what the box stands rather than the box itself. After all, molds are ubiquitous.

If I wanted to develop further with a person, I would define first and act after. Although the outcome may not bring as much as the previous models, I would be satisfied by the mere fact of putting a conscious effort into the relationship, proving to myself that consideration and working trust are present.

Sometimes, it is misunderstanding itself that appears and takes place, giving this cascade a polymorphic shape, with different sides of the water, showing different things. Depending on where I stand and what my side looks like, I may think to myself “why do I see things this way and… I am the only one?”

Acting upon this, swimming through and making it to the other side, often brings back these coalescent moments, which then lead both parties towards some union.

Would we consider direct emotions as positive by-products rather than states we take  for granted?

If so, wouldn’t that lead us towards stronger and more honest relationships? Wouldn’t we put our hearts into self-reflective genesis and forward momentums, rather than feeding the hope that this fall from the sacred garden is something that needs to stop?

I run after my shadow, as the sun moves, my shadow follows. Will it come back to me?

The cascade itself acquires different speeds, for us to truly appreciate all the qualities it encompasses, and the harder we try to catch it, the less substance and existence it has. Control over the intention of attention is this hand, water run away from: it says “integrate me back, there is nothing for you as I am.”

And no matter which method I make use of, I am not able to truly reproduce these crystal-like gems I was offered, when the moon is full and everything is so quiet. Isn’t the same as the integration of this same relationship, as in unfair plays come when I try to put on my own definitions and own limitations. And if living is a miracle, how many trials would subsist for the heart, closed enough to shut itself down; against what the other has to say?

Forgiveness, understanding, mutual trust… compassion and a deeper sense of caring; our building blocks, as humans, able to conceive of dynamics of equilibriums.

For everything I will ever try; and for everything you will try; our dance never ends, colors never fade and more than everything there is, I shall set in stone my attention over my intention.