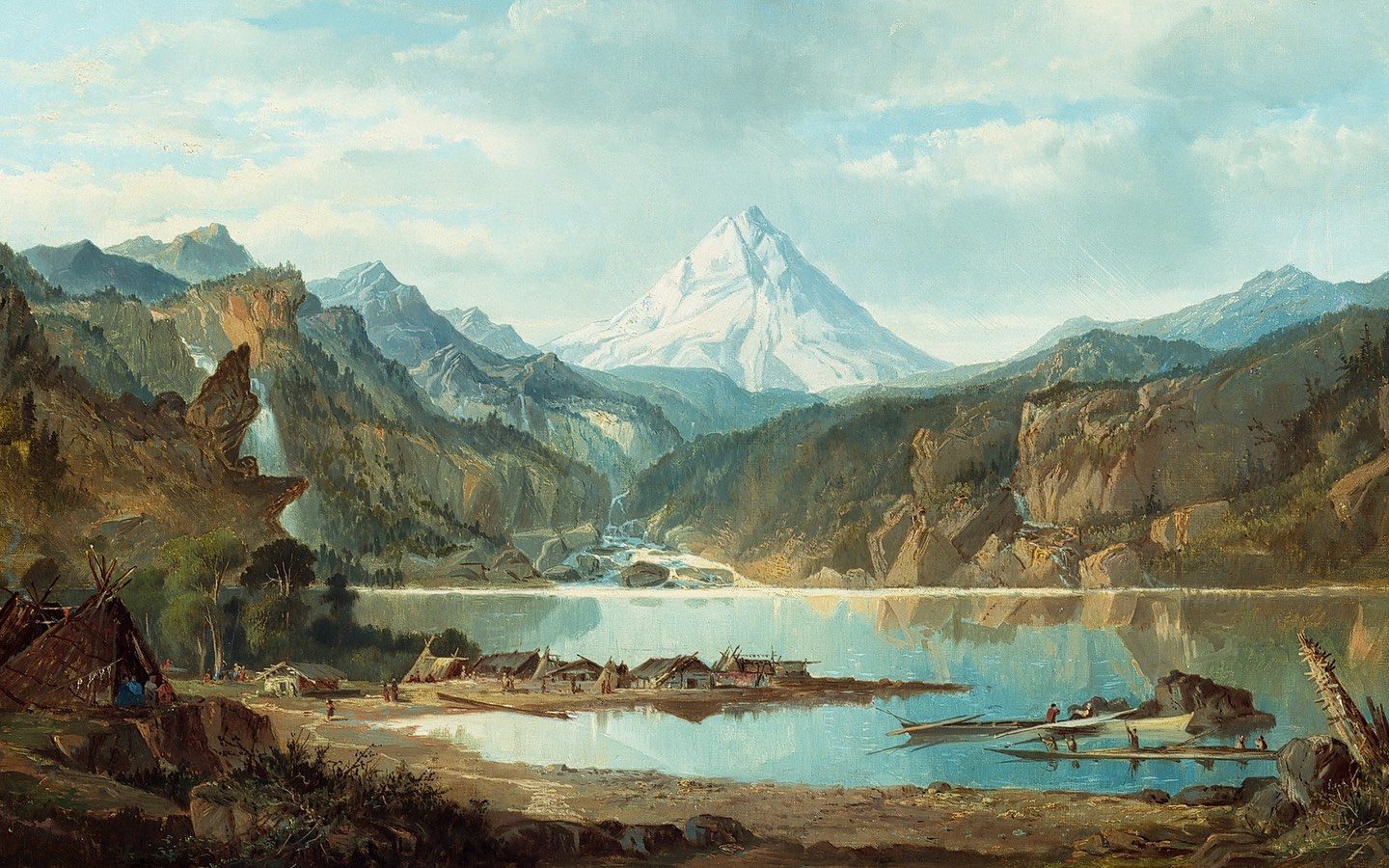 Rites of passage have existed throughout centuries across many different cultures; it is a ceremony that employs chanting, ordeals, and traditions, and it symbolizes a transition from one state to one another, from on social status to a different one, from one reality to a different reality. The ethnologist Arnold van Gennep analyzed rites of passage in many cultures, before publishing his main study on the subject in 1909.

These rites are composed of ceremonies that escape the usual space into which one usually evolves. Rites of passage can be seen as metaphorical structures that provide a meaningful framework in order to understand what’s at stake, but more importantly provide insights about oneself, through meditations, ordeals, and dance. As Madlen Sell puts it, rites are “collective fictions aimed to organize nature”; in other words, rites create a symbolic definition of the world as we see it, to make it more familiar and less frightening.

For example, guiding a child from the puberty stage to adulthood can be fully supported and accepted through rites of passage; helping a mother giving birth, or one having a miscarriage are events in one’s life that can be understood and lived via a set of practices, that do not have any particular form.

Bwiti’s rites of passage are built around the ingestion of Tabernanathe iboga, Iboga shrub roots. And this is after hours of journeying that the apprentice can return back to explain what he saw: the story he brings back is then used to validate his initiation, and confirm he gained understanding of his own metaphors. 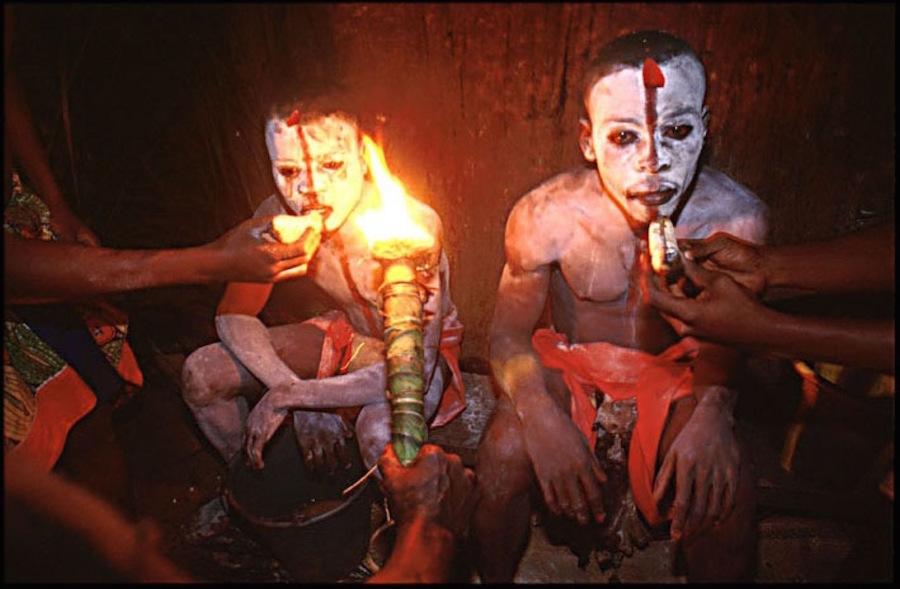 It took me time to really realize how important such rites can be, and how many defining qualities rites can inhabit, such as emotional support, strength, courage, and harmony.

But how can one model such rites? And how adequate are they within our psychosocial framework?

I think they can be precious tools towards a greater psycho-maturity and greater self-development, as they can help one to achieve a better understanding of his or her circumstances.

While I’ve experienced emotional pain on several occasions, I found for myself such rites really precious, as they helped me to grow, to rebuild myself and restart from unachieved states of emotional torment, excruciating detour on the path to inner peace. Such states are experienced by all of us, and yet, it seems to me that we still lack a coherent framework from which we can extrapolate our experiences.

We do not have within our societies the same set of coherent practices that could help up on many levels; the only answer we find is either diversion or painkillers. While in our societies we can find emotional support through friendship or professional help, such as psychologists and psychotherapists, we still lack a real structure that is fully accepted and recognized, perhaps because we are still struggling in opening ourselves to our emotions and adequately sharing them.

Questions like “How do I let go?”, or “Will I ever be happy again after his death?” can be asked but also integrated through rites of passage. After all, isn’t Life about History repeating itself over and over? And don’t we feel these cyclical dynamics within and without? If so, how can we articulate ourselves well enough in order for us to come at term with such questions?

This is where I find that rites can be set in place and experienced in order to move forward. While Science greatly helped us to have a better understanding or our emotional state, it also somewhat led us to deny and forget the world of imagination, art, and mental metaphors that we could be using to make sense of our lives. I’m not saying that we should all live in a fairy tale, but what I’m suggesting is that we should to get in touch with our inner selves, and understand the machinery that drives our behaviors and feelings, in order to give them full rights. Thus rites of passage could be seen as tools to create “stabilizing and coherent structures”.

In fact many people in our societies seem to practice such rites, and go through various ordeals that seem to symbolize a transition. For example, neopagans make heavy use of nature symbolism to get a grasp on their life on this planet as well as an understanding of what being human means. Explicit worship of “Gaia”, the earth intelligence, or ecosphere, considered as a single interdependent unit, is common practice. Moreover, many of their practices are in line with lunar cycles, seasonal changes and astronomical rhythms, such as the solstices, equinoxes, and full and new moons define a calendar for their rites.

While I do not consider myself a neopagan, I can somewhat appreciate and understand such practices that seems to create meaning; meaning that can then act as a pillar for mental wellness.

On a more extreme side, bungee jumping could also be considered as a rite of passage. One may ask: What is the link between a full-moon dance, the member of a tribe being sent away for months, and someone bungee jumping? I think it’s the intention behind and the existence of an imagined story by which rites could then be formed, created, and manifested.

It took me a while to reconcile my imagination and creativity with my scientific knowledge, and I often bumped into questions such as “What kind of mental world shall I inhabit?”, or “What kind of value systems shall be allowed?” and I am sometimes caught in the middle, when asking myself : Is imagination allowed?

There isn’t a single, or “best” way to practice a rite, for example, I like to spend hours in nature and look for a calm and isolated place, armed with a basic intention. Using specific music and sounds, I then allow myself to build a narrative where my life turns into colors and images; and where poetry lies at its core. I find such practice really cathartic and helpful, because too often I find myself busy, and not caring enough about my emotional health, and this is where frustration arises.

Such hanging states can be understood and channeled, and this is where rites become useful for such prospect.

What is the underlying meaning that exists for the cultures that have used rites for thousands of years? And is this meaning detached from their cultural belief?

While I don’t think it can be detached from their belief, I do think though this meaning can exist with a different set of reference points, and different perspectives about the world. Rites can be fully lived and appreciated without any hook to a particular faith or religion.

I do not consider myself a religious person, but it seems clear to me that building mental artifacts for the betterment of myself is an idea I like to entertain. Too often rationality becomes a filter, or a reducing valve that downplays oceans of imagination into minuscule drops, and with an ever increasing zealotry of confounding trends about how the mind should work, it’s not uncommon to find ourselves unable to really understand what’s going on inside, but also what definitions or explanations to come up with. In other words, a disconnects exists between a perception, and its understanding.

Rites of passage can become this bridge between the two states, as they can act as trigger points that are as intimate as personal; they can morph into new reference points that require neither approval nor validation by any external agent.

I think it’s even more important nowadays, because rites can allow us to know with certainty, which is something that seems rare, as we are often misled by hearing that “What cannot be proven doesn’t exist”.

In the other hand, what is proven is then supposed to be the norm; but is there any room left for the singular, the bizarre, the unspeakable?

Are we then only supposed to accept that everything that cannot be put into equations or deterministic models, or observed through lenses, is a fantasy that arises from a neurotic mind?

A good question to ask would be then “Does the observable really matter?” While metaphors and creativity exist in rites of passage, it seems that it doesn’t change much the perceptions and their intrinsic qualities, nor that denies the fact that one is still able to gain valuable insights about himself.

I thus then propose to view rites of passage as a mental construction, a mental model that can be invoked when living tough times. With a basic intention, and a real faith in the process, such rites can really help to achieve clarity and enough stability to compose a future that is worth living. Tragedies are tantamount to a wound, yet with proper care and understanding, it will be possible to stand on the brink of an unexplored landscape of rich-fullness: the word of rebirth, a world of feeling – not a world made of analytical and intellectual constructs, but a world of empowered sensations and empathy; a world where intuitive understanding precedes inner peace.

Creating culture is something really powerful, it is a profound light of hope against this veneer of fake and inappropriate culture that empowers the ego yet diminishes the self. How are we to eliminate such infringement of our personal expression, and reclaim for ourselves a more genuine understanding?

This is achieved by accepting to stand against the status quo of definitions that we are supposed to agree with, images we’re forced to digest, answers we are forced to accept. Historical contexts can only be transcended by the acquisition of a knowledge that is experienced as true, as logical consistency sometimes leads us into alienated states; I can’t accept that the stories I’m told about how the world works should confirm and coalesce my direct experience of how my world works in the aggregate. It’s something we can sense intuitively, something that could be defined as an “ontological priority”, and while it represents a tremendous challenge to the intellectual structures we have built and carried one, we still have no real notion of what’s going on inside.

I think journeying in the mind, and using rites can restore dynamics that could allow us to reclaim the primitive mind, the untamed hyper-structures of the brain that fail the test of reductionism and rationality. Many things can be explained, but many others don’t have to. Personal culture goes a long way towards building better communities, better support and greater care. In any case, one condemns himself to drink at someone’s else fountain as long as words remain silent.

Rites of passage can be invoked upon any life event; they can be used to hold a set of emotions, and as one as one realize what lies within, inner doors remain permanently ajar.

Being creative can be scary, because so much of our consciousness lives in the confines of its own prison, an inescapable world where laws of physics still apply. It took me time to overcome a fear of heights in my lucid dreams; suffice to say there is a potent stream that is carried through the physical experience and its parameters, to the landscape of non-physical reality. This reducing valve I talked about earlier is the same one that prevents us from building stories but also accept that we could live in the world of Imagination.

In conclusion, rites of passage symbolize the act of letting down the net of rational cognition into the ocean of mental freedom; they represent an inner voyage where meaningfulness bursts into existence, and where our own assumptions become mere shadow…

Before you drift off, don’t forget.

Which is to say, remember.

Because remembering is so much more a psychotic activity than forgetting.

Lorca, in that same poem said that the iguana will bite those who do not dream.

And as one realizes that one is a dream figure in another person’s dream, that is self awareness…

Waking Life – Chapter 15: We Are the Authors